Border crossings and bribery for Morocco and Mauritania 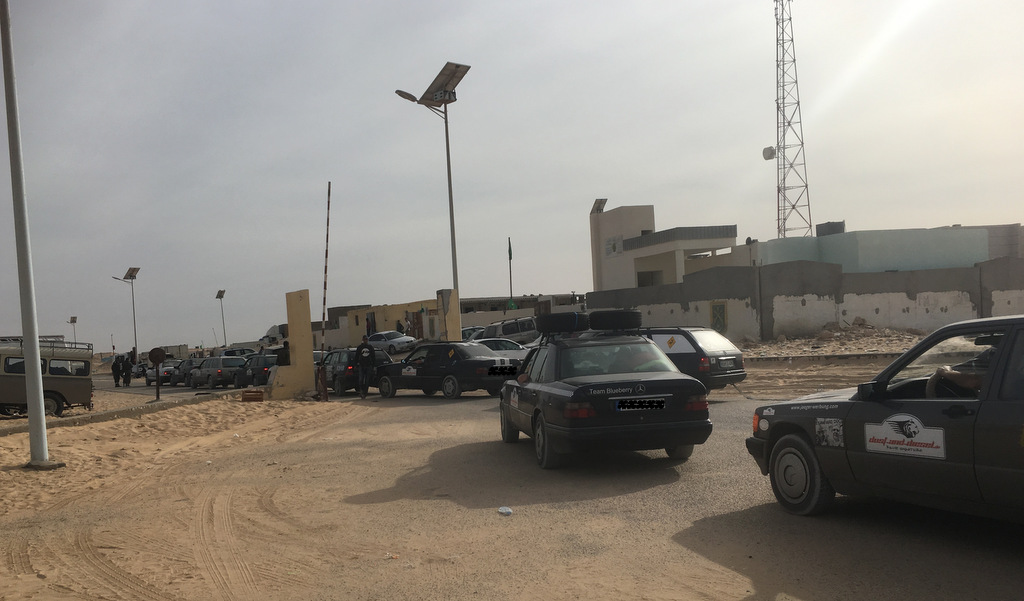 I will try to write from every country how the border crossing (and bribe )went and where they where asking for money or gifts.

We entered Morocco with the ferry from Barcelona at Tangier Med. We arrived around 7 pm, you need to get your passport stamped at the ferry (this is for all ferries also from Gibraltar). When you leave the boat they check your passports and let you go to customs, this is where it all starts. When you arrive there it’s pretty crazy and crowded, there are some fixers walking around well willing to help you, but you can do this easily on your own.

Import vehicle – The papers are all writing in French, if you don’t know what it says just asked some other people traveling or officials what you need to fill in. They will help you so you don’t need to pay the fixers! You import your vehicle with a form you need to fill in, they sign and stamp it you need to keep this paper with you till you leave the country.

Passport – Like I said before you get your passport stamped at the ferry during the trip from Spain. After the importation of your vehicle they send you to a small office to fill in your details in the computer , after that your free to go!

Vehicle insurance – You need a green card insurance, we both had that from Europe. Nobody ever asked about our insurance papers, hers where expired when we left the country for a few days . But never any problems.

Bribery – No Money or gifts where asked, if you use the fixers they will ask you around 5 euro. Like I said you can do this easy without.

This goes really smooth, they help you where you need to go, no Money or gifts asked.

We entered Mauritania at the coast line near Nouadhibou (I think this is the only border crossing you can take) You ride about 2 km through no-mansland this is a very bad road fort he last kilometre to get to the Mauritania border. after all stories we got a bit scared and used a fixer here. There is 1 guy well known for motorcyclists called Cheick, unfortunately he wasn’t there when we arrived. There showed a small guy called …. up and he seemed trustable, we agreed to pay 10 dollar for him, 17 dollar for 20 days insurance and 10 dollar custom fee for the motorcycle. The visa price is 55 euro’s and he would help us as well to get that fast. Unfortunately there was a whole rally there as well, about 50 Mercedes from Germany, they needed visas as well..

Passport – First you need the visa, make sure you have Euro’s with you for this or they give you a extremely bad exchange rate. The price is 55 euro, you need to go to s small office they take a photo and print your visa, only thing is they need internet for this and they don’t have that all time. It took us about 6 hours to get it, we heard stories people stayed 3 nights at the border to get there visa. Just before the last rope blocking the road they will scan your visa and your free to go.

Import vehicle – Our fixer did this for us, but I’m sure you can do this easily yourself! You need to have your motorcycle papers fill in a form they sign and stamp it, you pay 10 euro and that’s it.

Vehicle insurance – This is basically why we got our fixer, this supposed to be very hard to get and they work with the fixers. The solution is to get it in Nouadhibou. It’s nearby the camping Chez Ali des Levriers, we paid 17 dollar for 20 days at the border but here it will be cheaper. Nobody ever asked about our insurance in Mauritania

Bribery – We had our deal with the fixer at least we thought we had, after finishing all but he took us to a little cafe and said we needed to pay 200 dollars instead of the 80 dollars we agreed on before. Of course we where not willing to pay, here we ended in a long long long discussion, he showed his temperament and everything, luckily we met Cheick (the motorcycle fixer) before and he gave us his phone number, so we called him as he told us don’t pay more then this price. He argued with our fixer as well and agreed on the phone with him but turning his face to us he was going back to the 200 dollars. Again a long ‘fight’ followed, we had a big crowd around us who eventually all agreed with us (this was nice to see)! When darkness fall down she finally convinced him that we where right and he was wrong, he got his 80 dollars and we finally left the border. Be aware about this guy and don’t trust him!! Also this border crossing is doable without a fixer!

We left Mauritania from the Diama border, this is a small border near the coastline and is not that corrupt yet.. Don’t go to Rosso! First of all the road to the Diama border is fine to ride, you leave the highway Keur Machene where the road even gets much better. After Keur Machene it becomes a dirt-road but this is a good one and especially in the dry-season easy to ride.

Export vehicle – We entered the office and know they would ask for 10 euro’s each to sign our papers, of course we refused to pay this and we have been talking for about 30 to 40 minutes before he signed our papers for free and let us go.

Passport – They would do the same and try to ask for 10 euro each as well to sign, maybe he seen already we are not willing to pay, he signed our passports and give them to us and then softly asked for 10 euro each, we laugh at him and said no and left the office.

Bribery – Like I just said they will ask for 10 euro everywhere, just refuse play the game with them, don’t leave the office and keep talking. He has 2 books, one with all people who passed and 1 with all people who paid.. Ask to see the book and show him not everyone is paying this helps you as well. If you do pay because you have Money enough or you are in a rush please think about other travelers who don’t have the money to pay this bribes because their life get’s more hard like this. –         The only thing what seems to be legit is the community fee of 500 um you need to pay at the border, the guy gives you a receipt.

Next country is Senegal. Also you can check about west African countries visa how and where you can get it on the road

We made a short video for our Mauritania journey, roads, life… We hope that you like to watch : 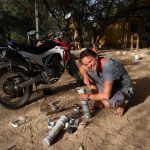 What do we control daily/routine on our motorcycles to keep them good condition? 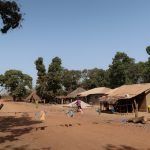 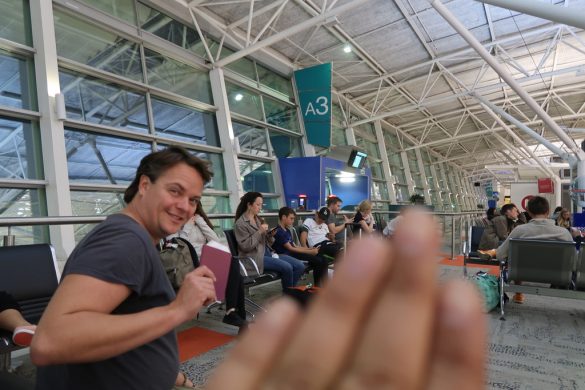 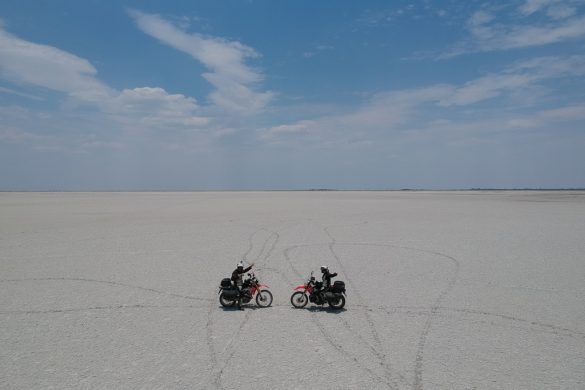 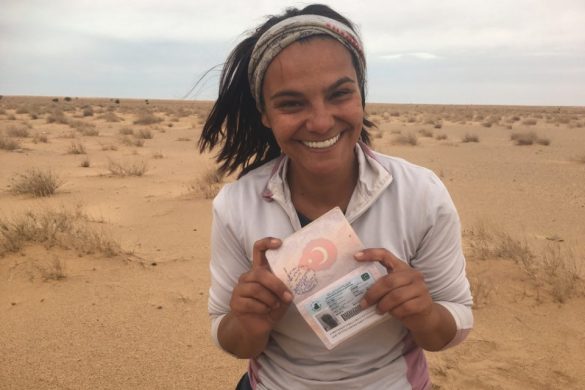 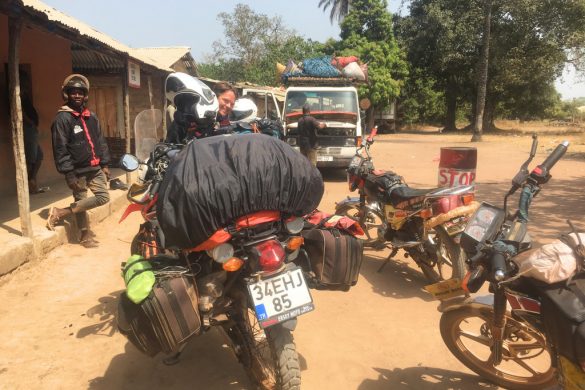 Haha, I had to laugh when you wrote “Don´t go to Rosso”. You´re so right. We went there going north through Mauritania in 2011 and it took almost 7 hrs to pass. Very corrupt.

This will only costs more money for visa’s, but will be a nice adventure 🙂

Hei we were wondering if you know sth or know so who tried to cross the Senegalese boarder with a vehicle older than 8 years, thanks for the detailed information on your crossing experience,

Hello, a lot of people crossing the border with a vehicle older then 8 years, for motorcycles it’s not a problem. For cars it’s a different story, I know people are working on it to get back to normal but unfortunately people still pay a lot of money.